We have finished the trip just past Bridgeport, California and began our trip back through points of our past testing leading us back to Los Angeles.
Six men on a 600 mile trip north east of LA to find the truth behind the existence of earth generated water… Checking the “Total Dissolved Solids”(TDS) and the pH of the water at every lake, every stream and almost every pool that is fed by unresolved logic giving a steady excitement to 2 scientists, 1 inventor, 2 students and an unexplainable identity in myself. 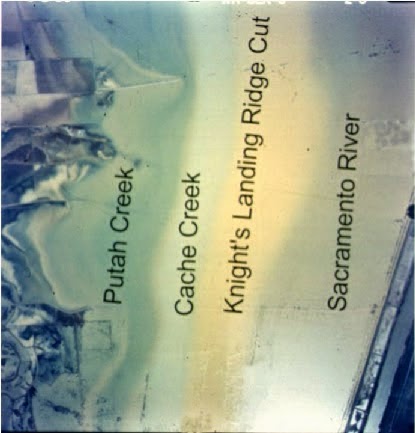 This would also be a good reason why some scientists call Clear Lake the oldest lake in America. So you would think with oldness comes wisdom and what we can learn from such a place would be important. The line from LA to San Francisco and beyond shows openings and it seems Ojai may be one of them along that line. This may show you in yet another clear way how important your work is” I said to Lynn as he concentrated on the pictures. “It might seem that on these spots we are closer to the Magma and in these places there are also places of different consciousness such as India, Water of the Lady of Lairds in Europe, Austin Texas, LA, San Francisco and so on. The water can show us a more compassionate archetype of people as then go airborne through information of storytelling such as what Hollywood has done for a hundred year.” I continued the presentation with one more slide that I thought would give more emphases on the faults we saw in the desert. “This is what the great botanist, Luther Burbank, called the most fertile land in the world and this is probably the strongest reason why. This picture shows the water coming off the Clear Lake Caldera from underground and going into the Sacramento River and into the Bay of All Bays as Robert Redford calls it. It’s a satellite picture the USGS gave me not knowing how to explain it. It wasn’t till I heard the concept of primary water from Luke Gatto and then Pal Pauer I was sure what it was. See how it glows as it slowly mixes with the runoff water coming from the Sierra Mountains. I cannot come up with a better visual of primary water and probably its healing power going into the Bay. Such a story may even explain the healing of society as we have seen it in the past. You know; the strongest part of the hippy movement of the
1960’s in San Francisco and how the hippies used that wisdom in the world of science and became yuppies like Steve Jobs and the Silicon Valley. Could that sound familiar?” I said to Lynn “here in Ojai?” More education in this work might allow us to see cause and effect more clearer so we can be a little easier on each other for balance sake rather than battling it out with more polarization between left and right”.
Dan and I left Ojai the next morning for the long drive north to the East Bay. In the car we discussed the information we now have that well enables us to follow through with what we discussed at the last Clear Water Vision board meeting. Just before the trip south to Ojai and the van ride through the Owens Valley, we met up with Marianna King in Carmel California on the way down. Marianna is Clear Water Visions grant writer from Colorado who flew into Carmel on vacation and to meet up with us to strategize the grant, addressing the USDA and involving UC Davis who studies Clear Lake, the Central Valley and why it is so fertile. Marianna has a 90% success rate in getting these types of grants and after reading our documents is not only professional about her assuredness of getting the grant, she is inspired in doing it. It may be our government is forced in making true discussions in finding alternatives in water as we watch the earth heat up for reason that do not mater, only that we can do something about. ‘’It is our right to do this” said Marianna. It might be that somewhere in the constitution we have a right to face those who will finally listen with facts. If it all does not work it is only because we failed to inspire these truths. Our goal is to teach this directly in our universities. Our next generations need hope not blame… We’re pretty sure our grandchildren will demand solutions rather than being told to recycle for all their lives. It might even be that the word “Conservation” will be passé as we begin to look further into the basic anatomy of the earth. This grant will allow us to begin the teaching and allow the hope with real solutions to go airborne and help those in need in other countries. Isn’t that what this country and the constitution are set up to do?
Of course there is more to write and of course we need support from anyone who feels we need to act upon what the “V” can teach us. So I can give one last inspiration in this news letter written by the Moody Blues somewhere around 1987… Quote…
The words that I remember of my childhood still are true… That there are non so blind as those who will not see..
And to those who lack the courage, say it’s too dangerous to try. Well, they just don’t know that love eternal will not be denied.
Posted by Unknown at 5:53 PM